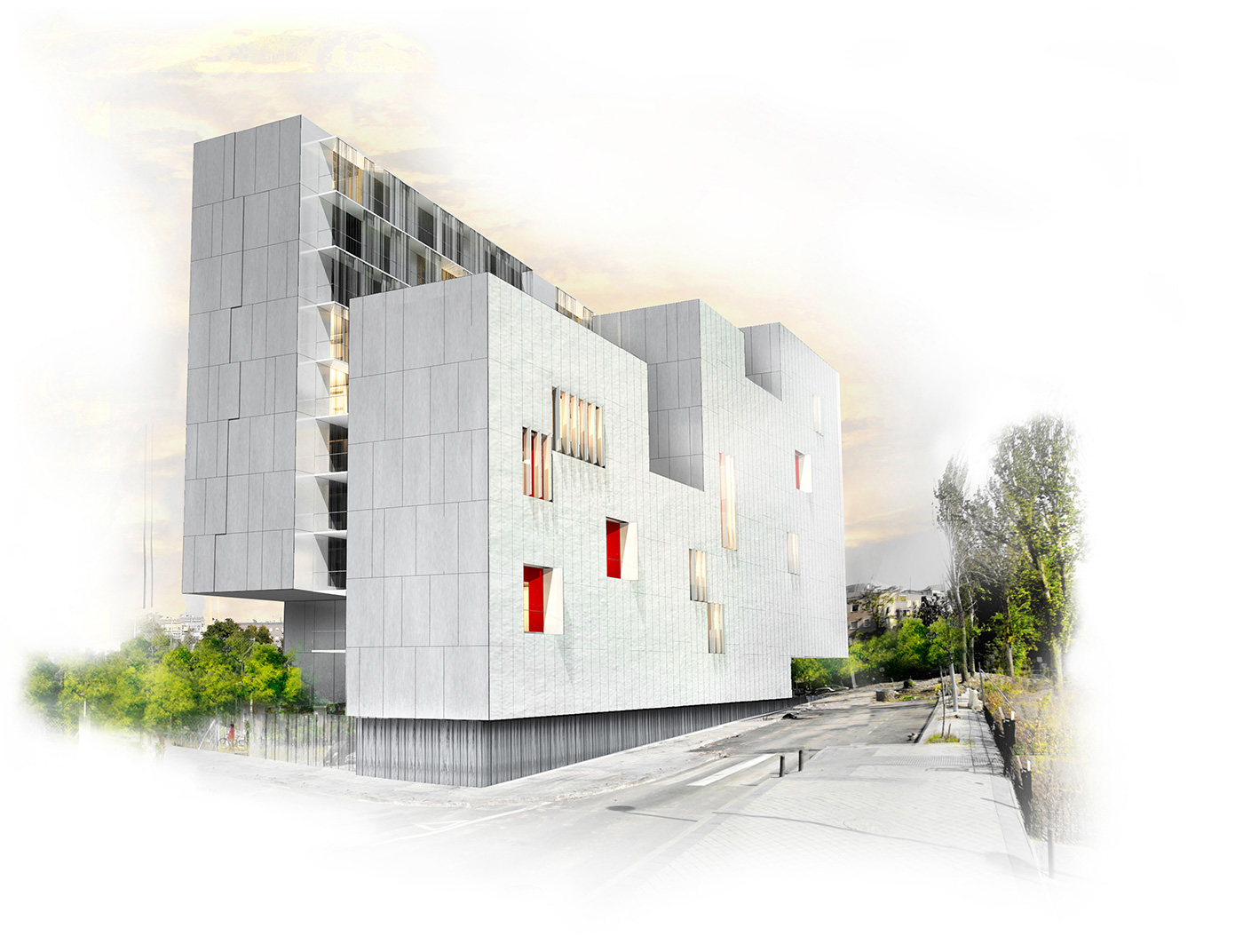 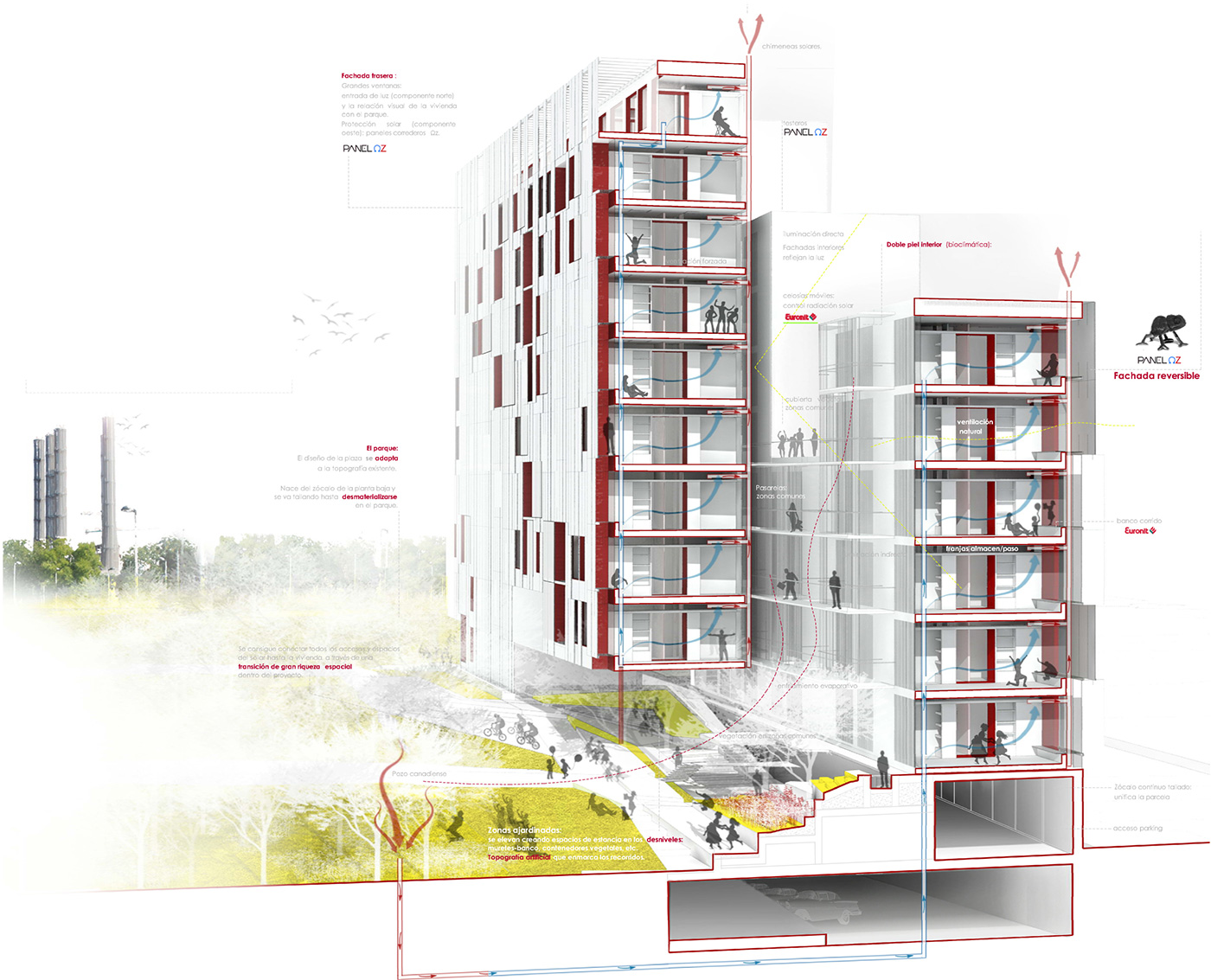 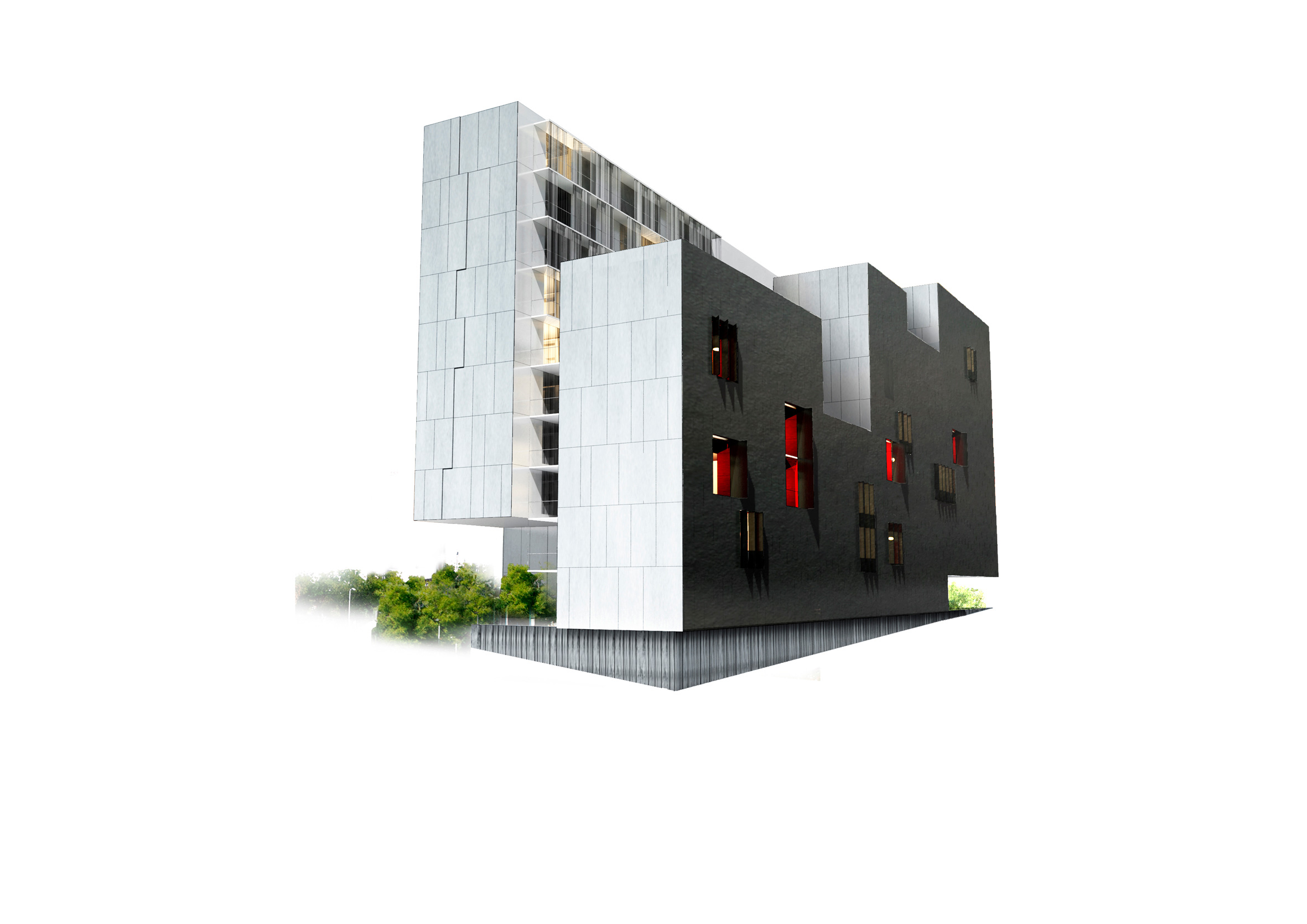 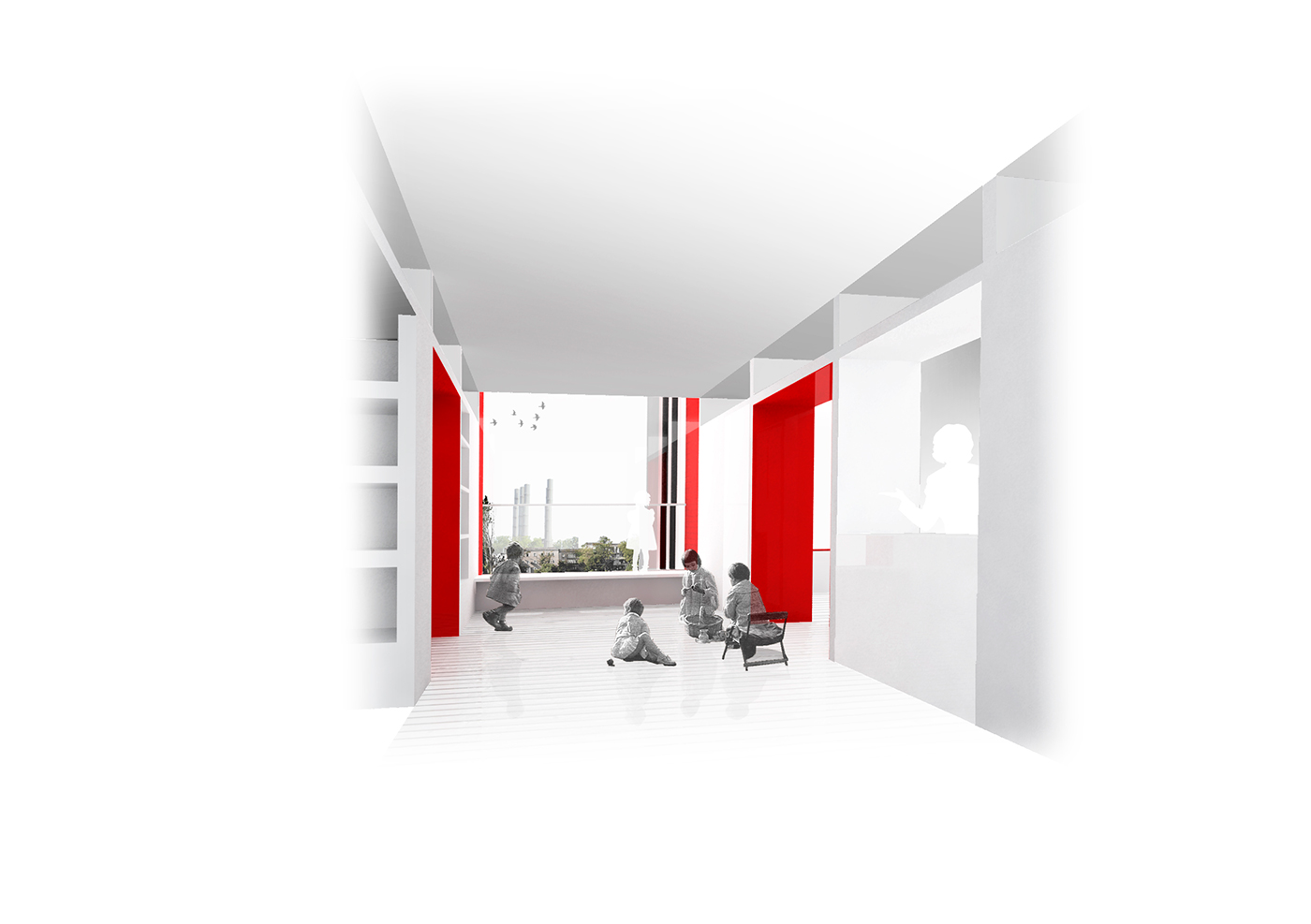 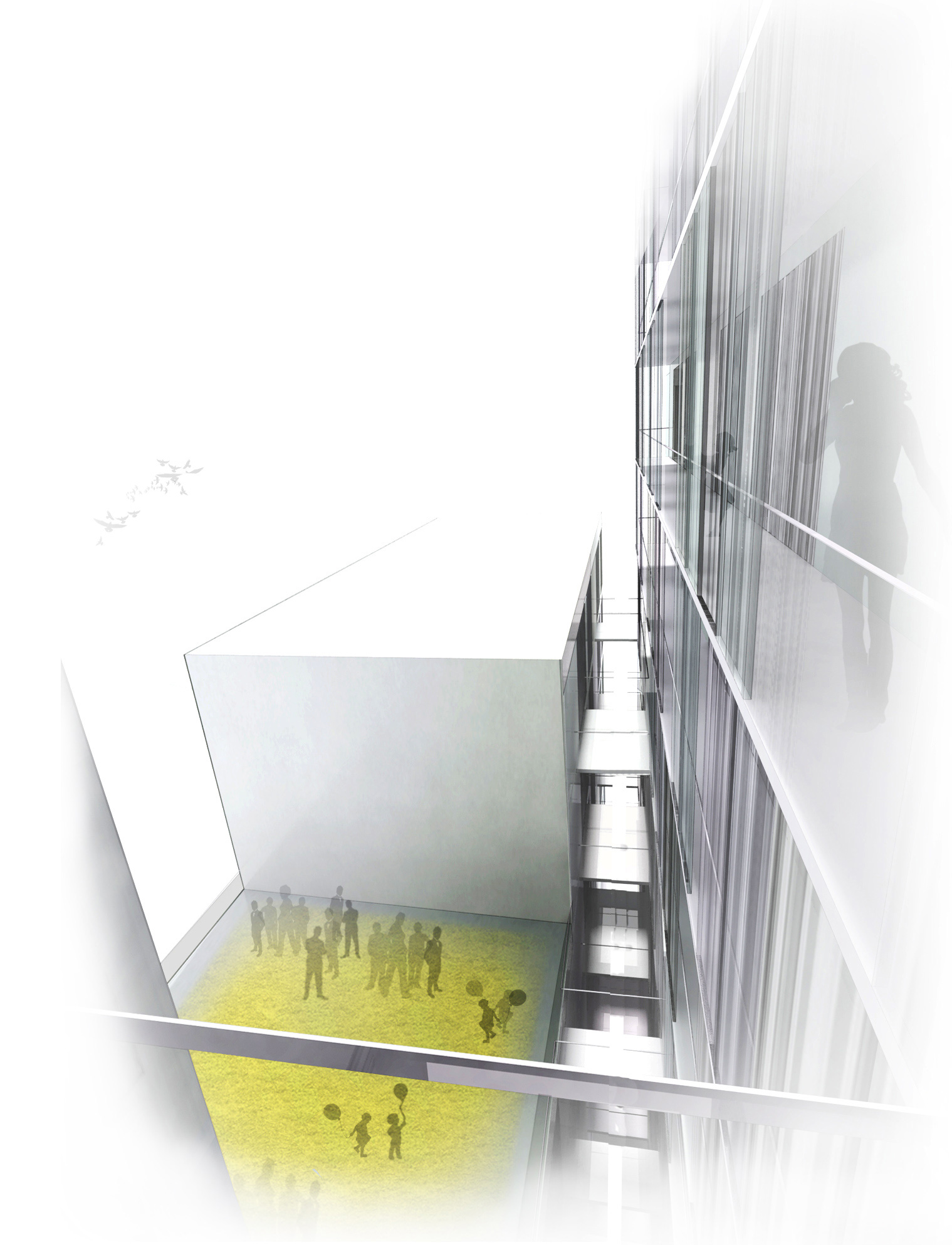 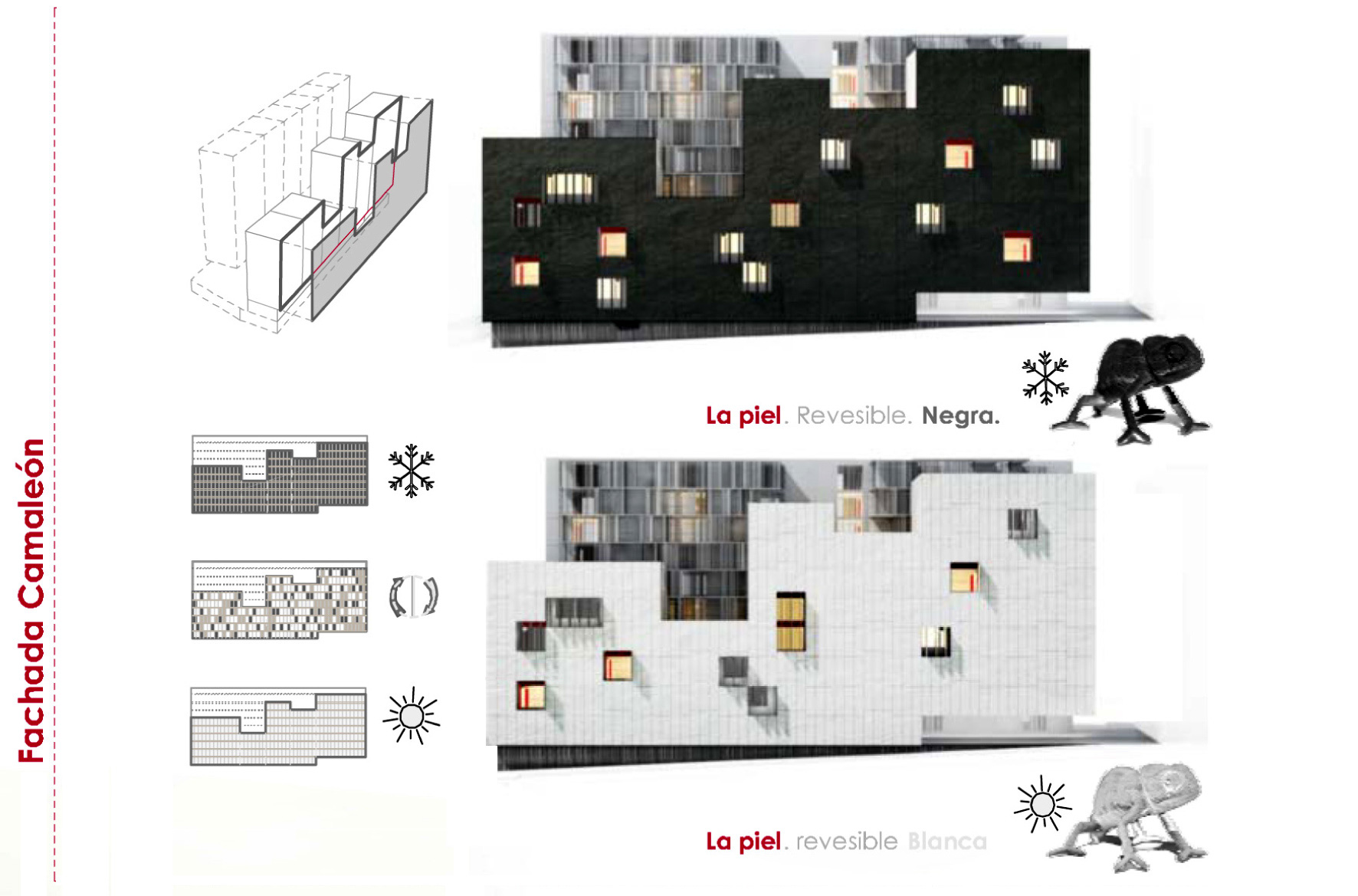 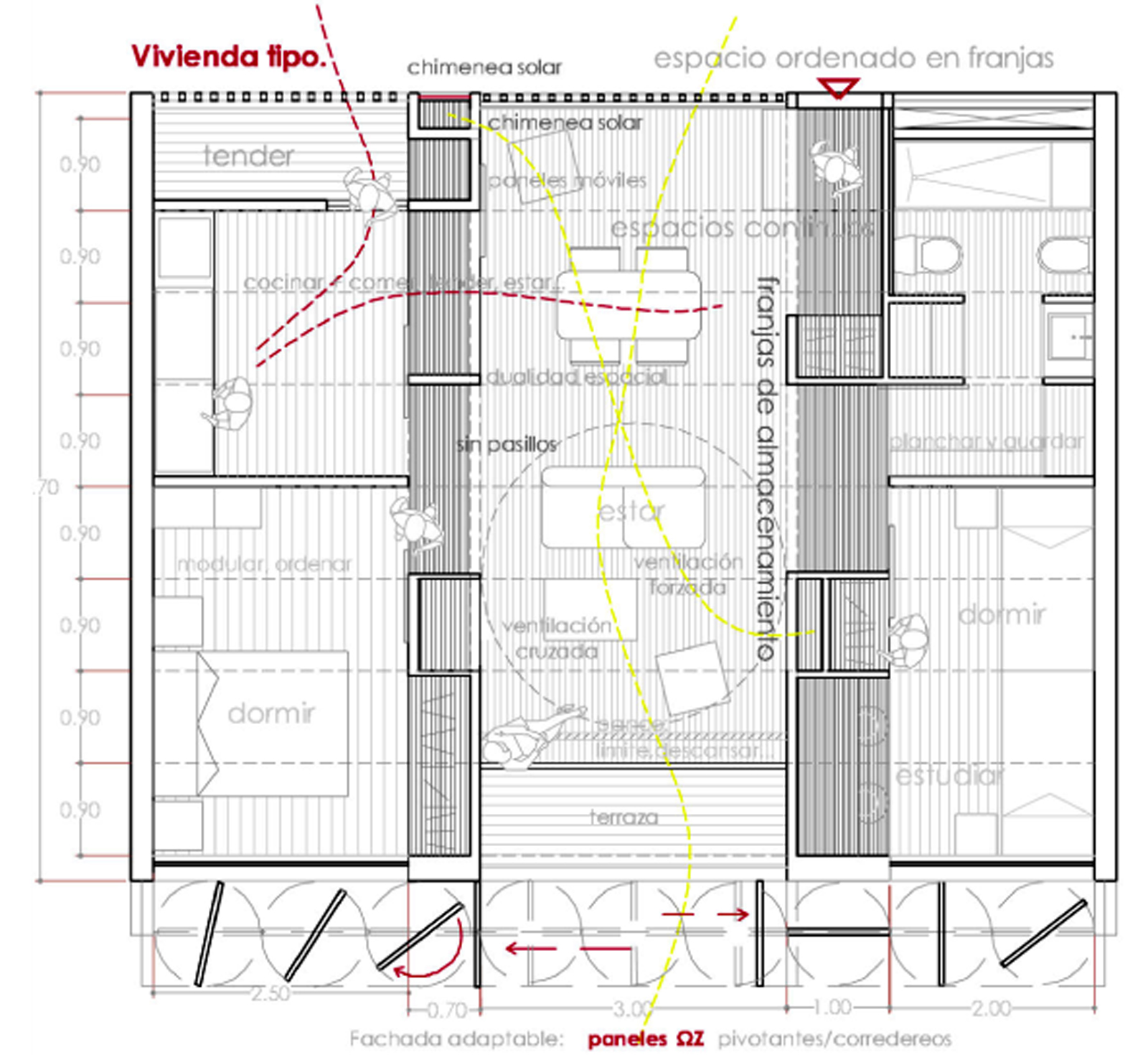 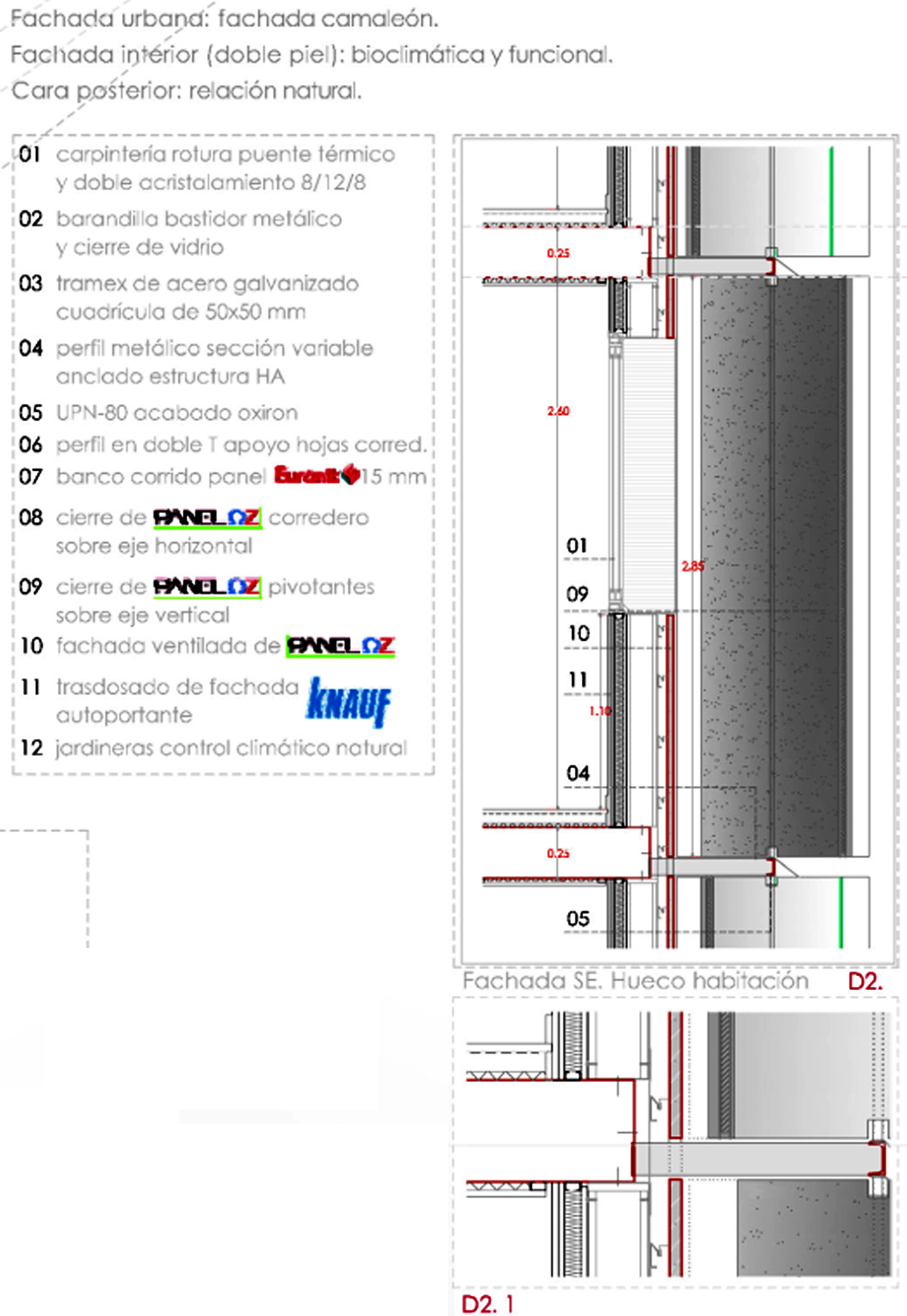 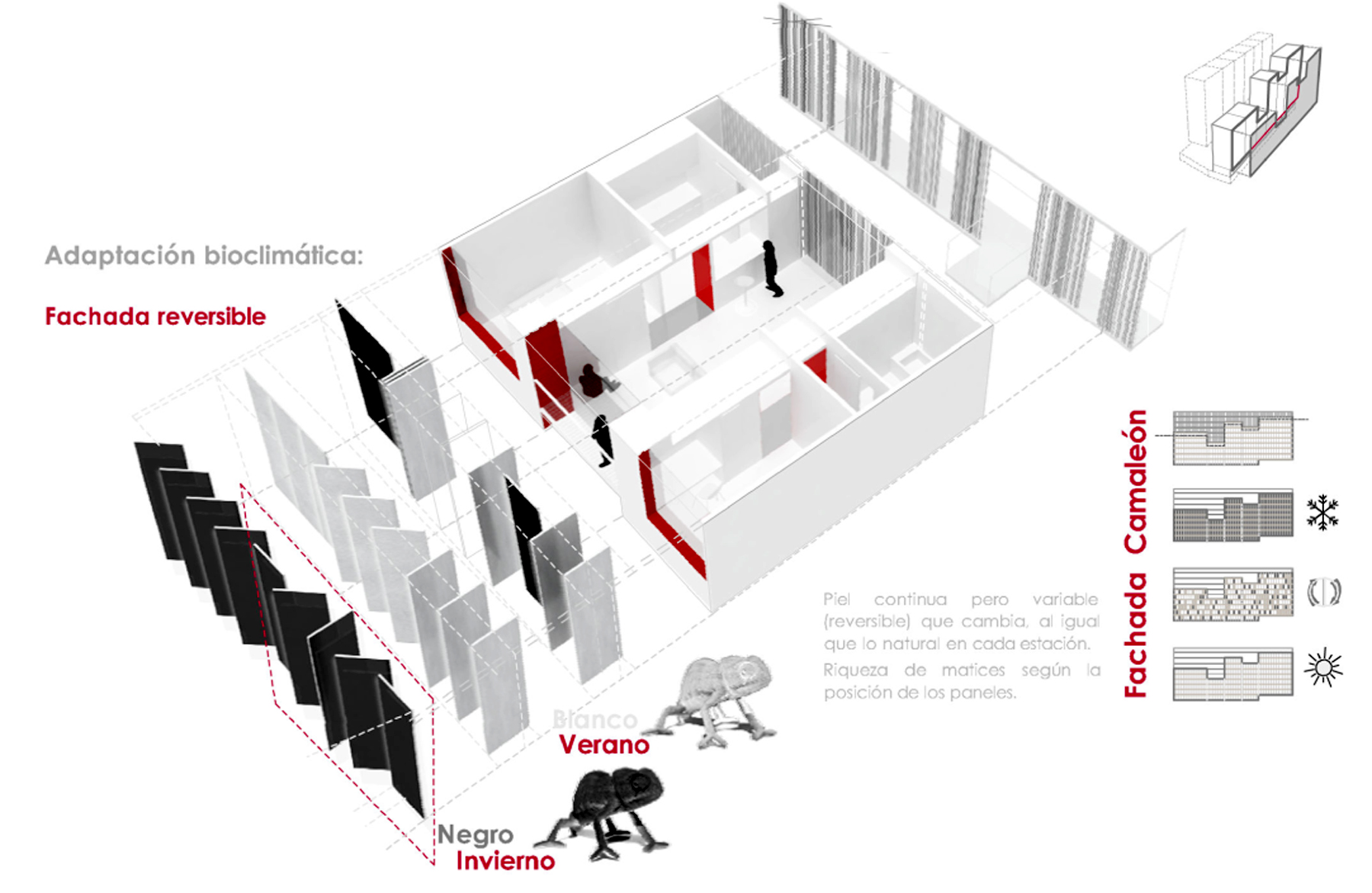 The proposal establishes a direct relationship with the surroundings by shaping its volume in response to the main urban constraints. The plot limits with a well-established area of the city of Madrid whose height is considerably lower than the proposed in its latest urban expansion. The building’s cornice varies to operate as a transition piece between the old and new buildings of the neighbourhood. The building rises to integrate the adjacent park into the proposal. All dwellings are designed to have cross ventilation, a private terrace and a reversible facade system composed by bitonal pivoting panels which adapt their appearance in response to the climatic conditions.